Certification of Aircraft is covered by PART 23–AIRWORTHINESS STANDARDS: NORMAL, UTILITY, ACROBATIC, AND COMMUTER CATEGORY AIRPLANES Among other things it sets out the four types of aircraft that are normally flown in Part 91 operations.

FAR §23.3 Airplane categories.
(a) The normal category is limited to airplanes that have a seating configuration, excluding pilot seats, of nine or less, a maximum certificated takeoff weight of 12,500 pounds or less, and intended for nonacrobatic operation. Nonacrobatic operation includes:

Parts of this regulation need explanation/clarification. Let’s start with some definitions.

STALL—A rapid decrease in lift caused by the separation of airflow from the wing’s surface brought on by exceeding the critical angle of attack. A stall can occur at any pitch attitude or airspeed.

WHIP STALL—A whip stall is generally considered a stall during a rapid pitch up. In such a case the angular momentum (in pitch) causes the airplane to go deeper into the stall than it otherwise would. Done with enough agressiveness and/or in a steep enough attitude and you will actually drop backwards before the nose falls at which point the nose will “whip” downward “with great enthusiasm”. (Lance Fisher) A “Whip Stall” is entered from a “Tail Slide” in which the aircraft is not quite vertical, after slidding aft the weight of the engine causes the nose to pitch forward VERY, read EXTREMELY, rapidly. I’ve done them in a Stearman, I would not consider them in a lesser plane… (Tom)

LAZY EIGHTS, CHANDELLES, AND STEEP TURNS—These are maneuvers required for the commercial certificate. Linda Dowdy explains how to do a chandelle. And Gary Wing has a video explaining chandelles. 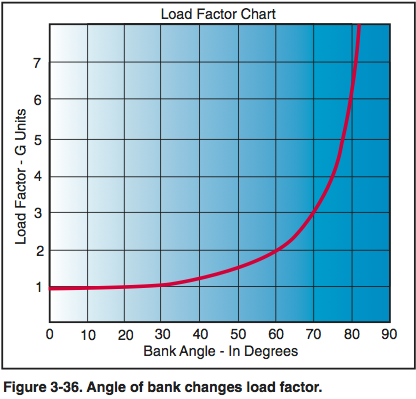 SPINS—Pilots are trained about spin awareness because of the enormous number of accidents that occur from stall-spin entry near the ground—often on approach to landing. Spins are not approved in Normal category aircraft, however, many aircraft are certificated for spins or in the Utility category when the CG is located forward. The reason is that “generally, an airplane becomes less controllable, especially at slow flight speeds, as the center of gravity is moved further aft. An airplane which cleanly recovers from a prolonged spin with the center of gravity at one position may fail completely to respond to normal recovery attempts when the center of gravity is moved aft by 1 or 2 inches.” Pilots Handbook of Aeronautical Knowledge 3-34.

CERTIFICATION
The Type Certificate Data Sheet for most aircraft certified under CAR 3 or FAR Part 23 can be found at the FAA Regulatory and Guidance website. It lists limitations and information required for type certification including airspeed limits, weight limits, thrust limitations, etc. Older models may not be in the database. The information in the TCDS includes the certification category, and if an aircraft is certificated in multiple categories, the limitations for each category. For example, the Cessna 182 and Cessna 210 are only certificated in the Normal category. Some years of the Piper Cherokee 140 are certificated as Normal and Utility category. This is an excerpt for the Cherokee. 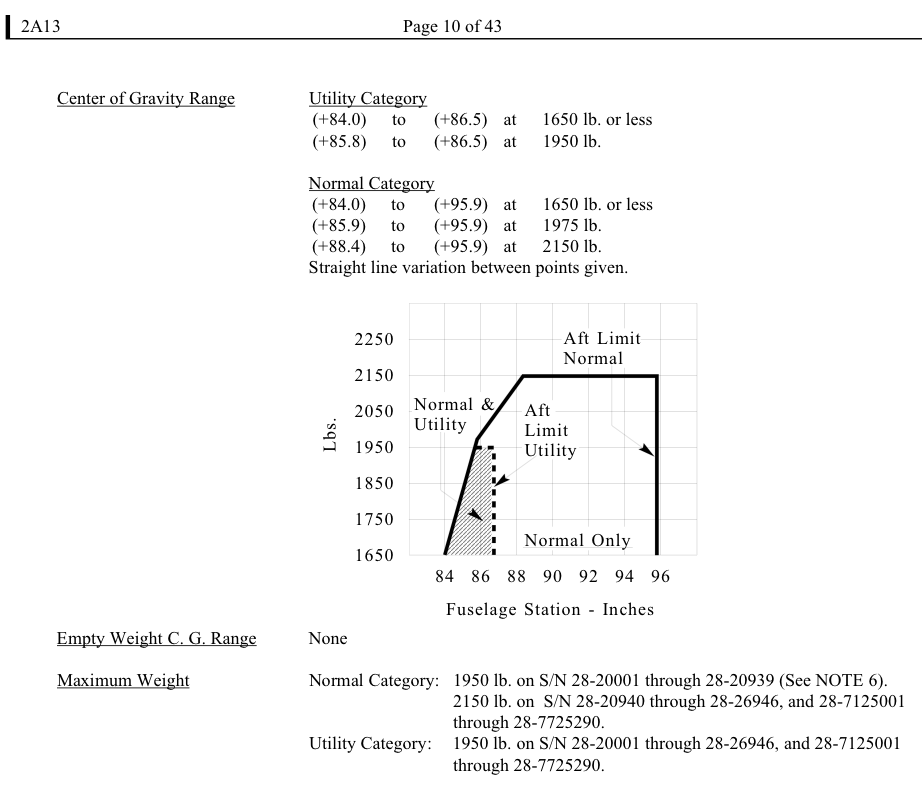 Answer: The effective date was Nov. 13, 1945, enacted by the then current Part 3 of the U.S. Civil Aviation Regulations. The airworthiness categories—normal, utility, and aerobatic—were determined based upon factors such as strength, operation, and serviceability. Normal category airplanes were intended for nonaerobatic, nonscheduled passenger, and cargo operations. Utility category airplanes were permitted to operate under limited aerobatic maneuvers such as steep turns, stalls, lazy eights, and chandelles (excluding snap and inverted maneuvers). Aerobatic category airplanes did not have any specific operational restrictions unless disclosed by any required flight tests. The appropriate category suffix (i.e., N for normal) is listed on the airworthiness certificate. Not much has changed today based upon the now current FAR 23.3 “Airplane Categories.”

This entry was posted on Sunday, September 7th, 2008 at 11:10 am and is filed under Aircraft. You can follow any responses to this entry through the RSS 2.0 feed. You can skip to the end and leave a response. Pinging is currently not allowed.