Get out a sectional and look at the radials that define Victor airways between two VORs. (Note the radial is usually printed just outside the compass rose although sometimes other objects on the chart are in the way and it is inside the compass rose.) Frequently, the two radials are reciprocals, but often they differ—sometimes by two or three degrees. The difference is due differences in magnetic variation over time and distance.

At my home airport, Victor 113 between Morro Bay (MQO) and Paso Robles (PRB) is a segment that is 26 nm long but is defined by the 358° radial from MQO and the 179° radial from PRB. Use Runwayfinder.com with MQO/V;PRB/V as the route of flight to see the airway. 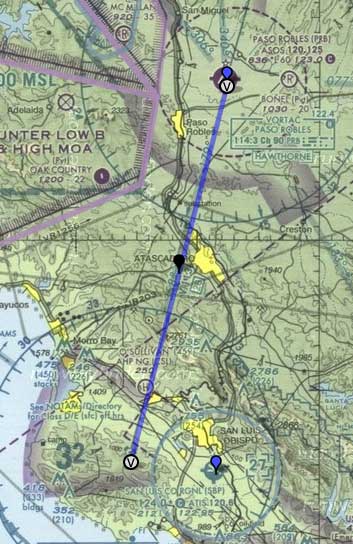 We know that magnetic variation changes from place to place, but that isn’t the reason that these two are aligned to a different Magnetic North. The reason is that they were constructed at different times. AirNav has details on when various navaids were constructed and the magnetic variation at that time. We see that for PRB Variation: 16E (1975) and for MQO Variation: 16E (1965). Currently the variation in that area is 15°E. The most likely explanation is that magnetic variation of MQO is slightly greater than 16° and PRB is slightly less than 16° and the rounding error adds up to about a 1° difference over time.

Park Rapids (PKD Variation: 04E 1995) and Brainerd (BRD Variation: 03E 1995) were built in the same year and are 54 miles apart, but the magnetic variation is 1° between them. Victor 55 out of PKD is on the 123° radial and out of Brainerd it is on the 305° radial. Apparently, rounding error adds another degree to the difference. Use Runwayfinder.com with PKD/V; BRD/V as the route of flight to see the airway. You can see from the sectional that the lines of magnetic variation are close together. 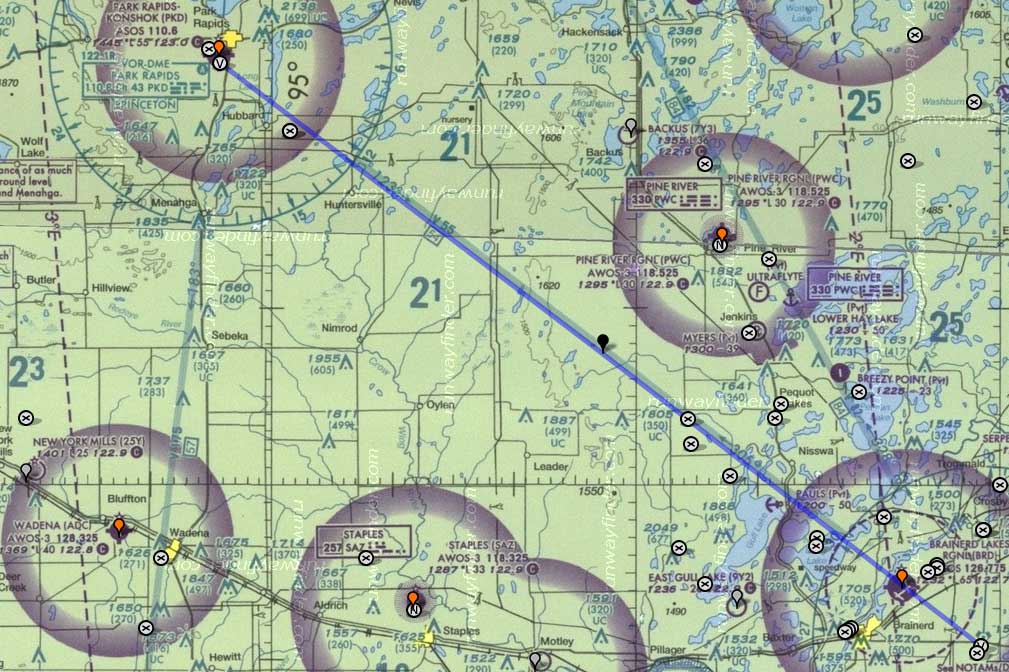 This entry was posted on Tuesday, May 26th, 2009 at 8:13 pm and is filed under GPS. You can follow any responses to this entry through the RSS 2.0 feed. You can skip to the end and leave a response. Pinging is currently not allowed.

One Response to “VOR Radials and Magnetic Variation”