What altitude to fly on a STAR when it reads “expect”?

I just took the instrument knowledge test and one of the questions referred to this STAR. I got this question right, but for the wrong reason. 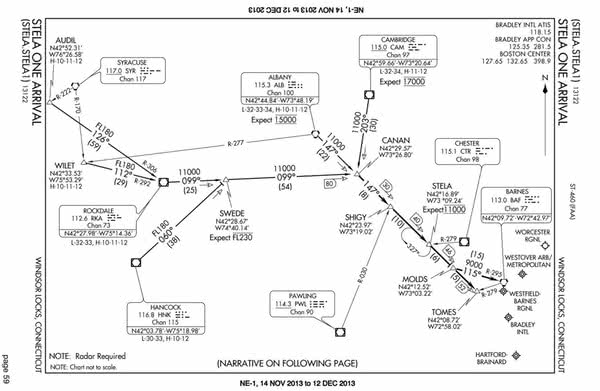 The question stated that you were cleared for the STELA ONE arrival from the west and asked what altitude you should be at when crossing STELA. My understanding of a clearance for a STAR was that, unless otherwise instructed, you should use both the lateral and vertical guidance on the chart. So at STELA, you should be at 11000′. The notation for expect isn’t applicable unless you were told to fly at a higher altitude when given your clearance. Even then, you wouldn’t descend to 11000′ until instructed.

However, I was mistaken. Unlike departure procedures and approach procedures, a STAR only provides lateral and airspeed guidance unless an alitude is specified with underlines or overlines.

Pilots navigating on STAR procedures must maintain last assigned altitude until receiving authorization to descend so as to comply with all published/issued restrictions. This authorization may contain the phraseology “DESCEND VIA.” If vectored or cleared to deviate off of a STAR, pilots must consider the STAR canceled, unless the controller adds “expect to resume STAR;” pilots should then be prepared to rejoin the STAR at a subsequent fix or procedure leg. If a descent clearance has been received that included a crossing restriction, pilots should expect the controller to issue an altitude to maintain.

(a) Clearance to “descend via” authorizes pilots to:
(1) Descend at pilot’s discretion to meet published restrictions and laterally navigate on a STAR.
(2) When cleared to a waypoint depicted on a STAR, to descend from a previously assigned altitude at pilot’s discretion to the altitude depicted at that waypoint.
(3) Once established on the depicted arrival, to descend and to meet all published or assigned altitude and/or speed restrictions.

In the case of the exam question, the instruction did not include the phrase “Descend via” and so the altitude to cross STELA would be whatever altitude the pilot was last cleared to, which to the best of my recollection, was not one of the answers.

This entry was posted on Monday, May 1st, 2017 at 9:00 am and is filed under IFR. You can follow any responses to this entry through the RSS 2.0 feed. You can skip to the end and leave a response. Pinging is currently not allowed.