There are all kinds of cool airplanes out there and sometimes when I see one I want to ask someone what it is. That’s not always possible but you can always find out if you know the N number. Go to the FAA registry and type in the N number. Suppose you put in N7290J (one of the planes I sometimes fly). You get the following info.

Now I happen to know that a PA-28 is a Cherokee and the 140 refers to the 140 hp engine. If I don’t know I can go to the ICAO Aircraft Type Designators site and look it up. It turns out that the PA28 designation is no longer the official designation. The new info is
PIPER Cherokee (PA-28-140/150/160/180) P28A I’m guessing they made the change because Piper built lots of different airplanes on the same basic airframe and calls everything from a 140 HP Cherokee to a 200 HP retractable Arrow II a PA28 and controllers need to be able to distinguish between them. You can view the Type Certificate Data Sheets at an FAA site. It looks like Piper started with a 160 HP Cherokee in 1960 and used the same type certificate for lots of Cherokees, Arrows, and Dakotas so it takes a bit of digging to find this one. There is lots of information on props and engines, center of gravity data, and speeds. One bit of information that is usually there and sometimes not in the Owners Manual for older planes is the maneuvering speed.

If you care you can also go to the FAA Make/Model site to find out how many are registered and in which states. Then to waste more time I go to Airliners.net and look for more pictures. There aren’t many in their archives, since they have mainly airliners, but here are some.

The really interesting ones are experimental. This familiar-looking but different plane is a KitFox but the manufacturer of experimental planes is the builder so that’s what it says in the manufacturer section. I especially like the underbelly cargo pod and the see-through doors. 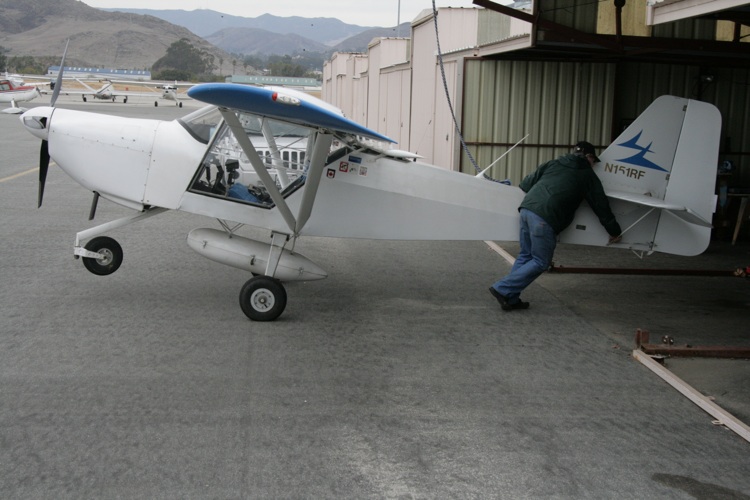 This entry was posted on Saturday, December 1st, 2007 at 8:20 pm and is filed under Aircraft. You can follow any responses to this entry through the RSS 2.0 feed. You can skip to the end and leave a response. Pinging is currently not allowed.