The NORCAL TRACON had a webinar where they discussed the KSFO Class B redesign. This post is some of the info that I find useful for transitioning the airspace. There are a lot of ways to get from one point under the Class B shelf to another and to arrive or depart airports under the Class B, but I don’t usually need to do that since lately, I only land in Oakland or Livermore and we fly under the Class B to get there. 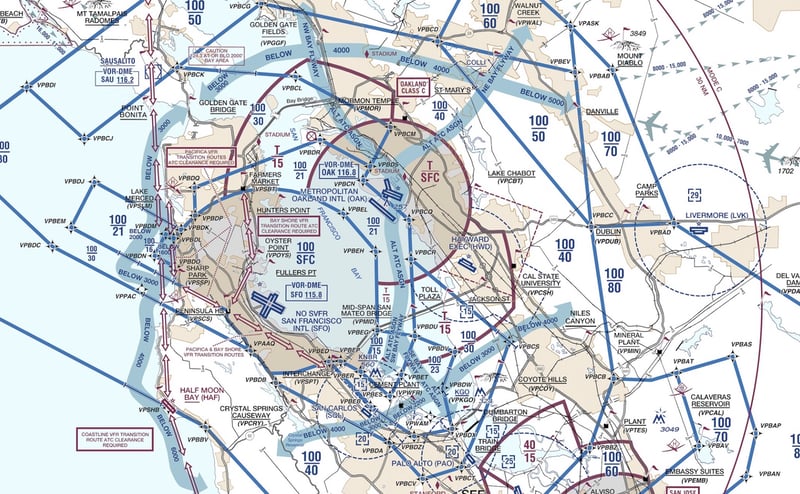 VFR corridors are ways to get through the Class B without a clearance. KSFO does not have any VFR Corridors.

VFR flyways are suggested routes and altitudes for VFR traffic. They can be found on the back of the TAC or downloaded in the Documents section of ForeFlight. ATC communication is not required because you do not enter Class B. Keep in mind that there is lots of other VFR traffic on the flyway, so you need to be vigilant. One exception with the KSFO Class B is the Bay Flyway because it cuts through Oakland’s Class C airspace.

Transition routes require communication with ATC and ATC will assign an altitude. The charts don’t tell you the altitude but the presentation did say that the Coastline Transition altitude will be 3,500′ or above. 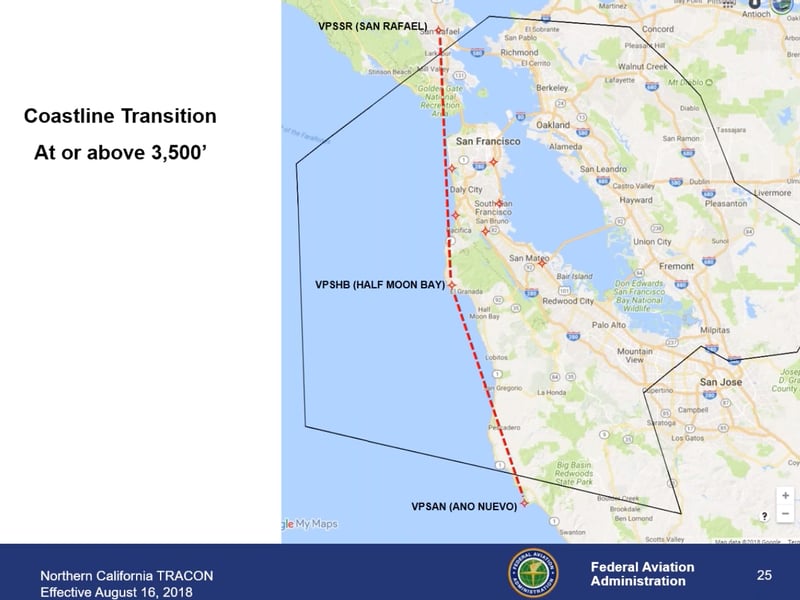 It is always a good idea to be on flight following when flying in the Bay Area for two reasons. First, there is an awful lot of GA traffic and you want to have help spotting it. Second, the airliners are descending and climbing to get into KSFO, KOAK, and KSJO and you really shouldn’t get in their flight paths. If you are talking to ATC, they will vector you out of the way of the big guys. 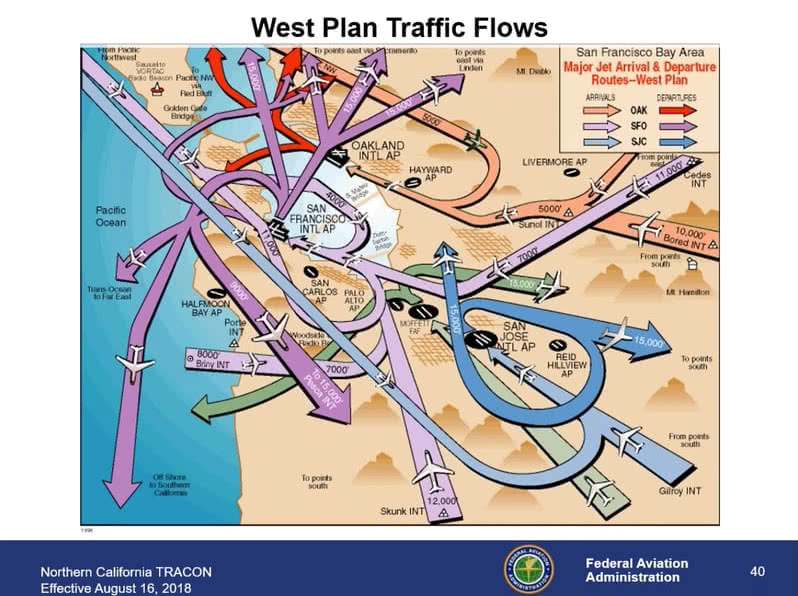 You can see from this graphic why, when we are flying to KOAK from the souty, we are vectored to the east to avoid arrivals into KSJC.

You can fly over the top of the airspace without talking to anyone, but as you can see from the departure paths, they really need you to talk to them. 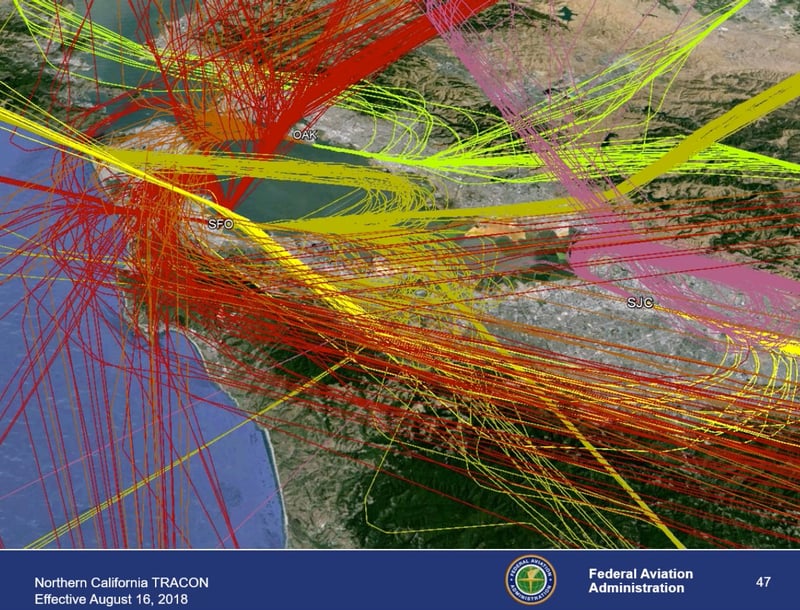 This entry was posted on Tuesday, April 9th, 2019 at 9:23 am and is filed under Airspace. You can follow any responses to this entry through the RSS 2.0 feed. You can skip to the end and leave a response. Pinging is currently not allowed.