In a previous post, I described feeder routes and how they are used to transition from the enroute portion of the flight to the approach. The ones in that post are obvious—though you may not have known the name for them.

There are some that tripped me up, so I thought I’d share them with you. I have looked the approach chart for the KSMX ILS or LOC RWY 30R hundreds of times when practicing for my checkride. I never noticed that there is a feeder route from GLJ to WINCH. There is an arrow with altitude, direction, and distance. It is offset from the actual direction because the feeder route coincides with the localizer course. 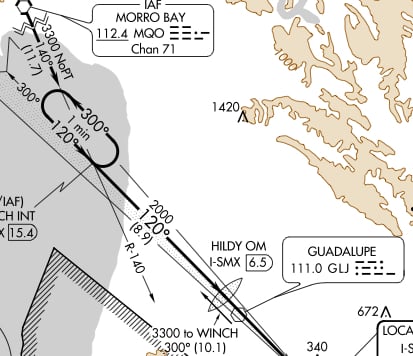 Likewise, there is a feeder route from the Shafter VOR (EHF) to JUPEX on the KBFL ILS or LOC RWY 30R approach chart. It is just a short line from EHF and the altitude, direction, and distance placed above the arrow. Unlike the other feeder routes on the chart, the arrow is bold but not as bold as normally. 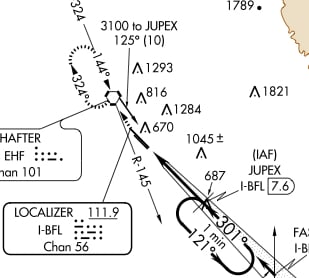 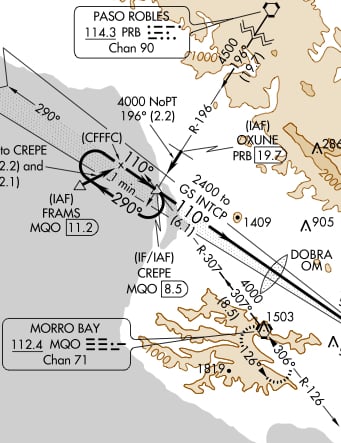 This entry was posted on Thursday, April 11th, 2019 at 9:38 am and is filed under Charts. You can follow any responses to this entry through the RSS 2.0 feed. You can skip to the end and leave a response. Pinging is currently not allowed.