I recently refurbished an older Cherokee with a very old radio. I’ve also been working on some older Cessnas with very old radios and I got to wondering if they were still legal for flight. I remember reading somewhere that old radios used 360 channels and are no longer legal for flight. Current radios have either 720 or 760 channels with 25 kHz spacing. So I set out to determine what is legal, what is acceptable, and what is ideal.

I’ve used KX155s for years and to set a frequency that ends in 25 you pull out the small knob and twist. The radio will not display the full frequency, but it is set to it. So for example, 127.725 is the local approach control frequency and it displays on the KX155 as 127.72. The older radios that I’ve run across lately only display 127.72, but they are work fine in the air. My first guess was that they actually set the frequency to 127.725 but it doesn’t display. (This is actually the case—see below.)

A quick search of the FARs and AIM didn’t yield anything. My first google hit when researching this topic was an FCC list of Unacceptable Aircraft Radios. It states The radios listed below are not acceptable for use in aircraft after January 1, 1997. You may continue to use your aircraft radio so long as it does not appear on the list below. The radios I was working with are not on the list, so they are acceptable for flight. That still leaves the question of why are some radios acceptable and some are not.

The FAA web site has an Advisory Circular that sheds some light on what happened. AC 90-50D Requirements for 760-Channel VHF Radio for Aeronautical Operations. This document was issued in 1992 and describes how we got to the 760 channels on VHF radios used in aircraft. The previous radio spectrum that was allocated for aeronautical use was between 118.000 and 135.975 and channels were separated by 50 kHZ. Some quick arithmetic shows that 136.000 – 118.000 = 18,000 kHz to be split up in 50 kHz chunks. 18,000/50 is 360. The last frequency (136.000) isn’t available so we don’t have to add 1. Reducing the bandwidth requirements to 25 kHz doubles the number of frequencies available for assignment to 720. The FAA started using 25 kHz assignments for high-altitude enroute sectors in 1977 and radios were manufactured to receive 720 channels.

The FAA expanded the use of 25 kHz spacing to enroute, terminal, and flight advisory frequencies in 1984. So did that eliminate the use of 360 Channel radios? Short answer—No. Remember the list of Unacceptable Radios above. Following the 1983 U.S. ratification of the 1979 World Administrative Radio Conference (WARC ’79) provisions, the Federal Communications Commission (FCC), in 1984, promulgated an amendment to the FCC rules and regulations concerning frequency stability tolerances for aviation services. The frequency stability tolerances for the aeronautical mobile band were reduced from 0.005 percent to 0.003 percent for all new and replacement radios installed after January 3, 1985, and for all radios after January 1, 1990. The FCC delayed the January 1, 1990, implementation date to January 1, 1997. The frequency stability tolerance of 0.003 percent is necessary for full implementation of 25 kHz assignments.

Another WARC ’79 provision reallocated the 136.000 to 136.975 MHz band to the aeronautical mobile services. The FCC has released a final report and order, dated July 5, 1990, that permits operation of aviation services in this band. So increasing the aviation band by 1,000 kHz allowed 40 more channels—760 total.

From the FCC page Aircraft Stations As of January 1, 1997, each VHF aircraft radio used on board a U.S. aircraft must be type accepted by the FCC as meeting a 30 parts-per-million (ppm) frequency tolerance (47 C.F.R. § 87.133). The vast majority of aircraft radios that have been type accepted under the 30 ppm frequency tolerance utilize 25 kHz spacing and have 720 or 760 channels….There is no requirement, however, for an older radio to be removed from an aircraft in cases where the pilot does not intend to use it to transmit radio signals (e.g., receive-only operation, an integral part of a navigation/communications unit, or decoration in a vintage aircraft). Surprisingly, some 360 channel radios are legal for transmission and still flying. This is one:

You can still buy used 720 channel radios and some are perfectly legal for use. Narco COM-811, ARC (Cessna) RT-328T and Collins VHF-251 are examples. Also popular are the Narco 12D that were installed in many Cessnas.

According to PDF from Eastern Aviation “Tube type, crystal control, and early transistor radio technology of
the 60’s and 70’s is unable to keep your transmitter stable and sharp enough to transmit on the right frequency without spilling signal over to adjacent frequencies.” I haven’t been able to find any 90 channel radios that are legal for transmission—I doubt if there are any since they would predate transistors. Here is one that is not approved. 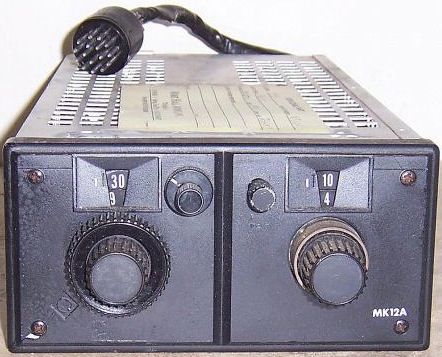 Operating in Class B, Class C, and Class D

The key to determining whether your radio is acceptable for use in a particular airspace is whether you can use it to communicate with ATC. ATC in this case means the tower—and approach and departure control in Class B and Class C. A quick look through the A/FD shows that 360 Channel radios are still useful. They don’t pick up some UNICOM frequencies, 122.975 at Sun Valley AZ and Columbia, CA are the first two I ran across. However, radios aren’t required at these airports. The 360 channel radios won’t pick up quite a few ASOS and ATIS frequencies—but that isn’t a requirement for entry to Class B, C, or D airspace. A review of the San Diego and San Francisco VFR Terminal Area Charts shows all approach frequencies as being accessible with a 360 channel radio. You couldn’t land at Ramona (119.875) but otherwise all of the towers are within the 360 channel band. None of the frequencies I found are outside of the 720 channel range (136.00-136.975)—but I’m sure there are some.

If you are flying into Palm Springs from the Northeast-Southwest, SOCAL approach uses 135.275 so you wouldn’t be able to communicate with them. But KPSP is a Class D within a TRSA so communication is not required.

From International Aircraft Owners and Pilots Association Europe: IAOPA has won significant concessions on the spread of 8.33 kHz radio with an agreement across Europe that they will not be mandated below FL195 until at least 2013 and possibly later.

Eurocontrol claims there aren’t enough frequencies to go round and is demanding that every aircraft re-equip with 8.33 kHz-spaced radios, a demand that is estimated to cost the European GA industry some 2 billion Euros. But IAOPA has demonstrated that this expenditure would be unnecessary if Europe got its act together on the existing frequencies. At the moment frequencies are allocated by individual countries, with each VHF frequency having an exclusive zone of up to 300nm around it. Huge numbers of frequencies have been allocated but are virtually or completely unused. IAOPA has pointed out that if the 27 frequency allocation offices in Europe were replaced by two people in Brussels, far better use could be made of the spectrum. The 27 offices disagree.

This entry was posted on Thursday, August 14th, 2008 at 8:33 pm and is filed under Communication. You can follow any responses to this entry through the RSS 2.0 feed. You can skip to the end and leave a response. Pinging is currently not allowed.